Once upon a time, I used to work in retail loss prevention. I started out as a store detective catching shoplifters, then I advanced to LP manager where I was responsible for supervising detectives and conducting internal theft investigations. I was in that line of work for twelve years full time and two years part time. I’ve never really regretted my decision to move on to greener pastures, but with all that’s going on today, I’m even more certain I made the right decision.

How the hell do you handle swarms of people smashing display cases, loading up and running out the door? The only thing you can do is call the cops and wait for help to arrive. But these days it seems that help may not be on the way. And what would be the point? Prosecutors in a lot of these jurisdictions where this stuff is happening won’t even pursue the cases. It’s a sad state of affairs, to be sure.

This was some pretty fancy driving. Dude threaded the needle a couple times. The one at 8:40 was especially close. Notice that you don’t see much of the cops. They were smart to hang back. Crowding a guy moving that fast through a busy highway would be too hazardous to the public, not to mention the cops and the suspect himself.

Our would-be Speed Racer would later thread the needle one time too many and clip a big rig, damaging the rear of the car. He eventually got off the interstate and bailed from the car. He was arrested later hiding in a house.

The moral of the story is that you can’t outrun the radio. I don’t care how fast your car is. If you don’t get killed, odds are that the cops are gonna get you.

This is a pretty cool story of a mom in the Lone Star State who doesn’t take kindly to anyone messing with her kids.

That’s one pervy weasel who probably wished he stayed home that day. And they should make that mom an honorary Texas Ranger.

The upstanding citizen the mugshot above is Katarina Vanfossen. Ms. V made news on Wednesday for ramming a stolen car into a sheriff’s deputy in Manatee County, FL. The whole scene was caught on video by a police helicopter.

Katarina is no facing an attempted murder charge, in addition to the charges she had already earned prior to hitting the deputy.

I’m not sure where this happened, but this car chase video is an interesting watch.

I love the way the dog starts whining when the siren goes on. Pup wants some action.

Dude thought he was clever enough to beat the cops with some quick reversals. I’ll give him some credit for effort, but he didn’t have enough car to get the job done. It’s not a coincidence that no one in The Fast and the Furious drove a Geo Prizm.

Did you notice that the guy was diligent about using his turn signal? Old habits die hard, I guess.

And he would’ve gotten away with it if it wasn’t for those meddling kids.

If he’d been satisfied with the cash he’d just stolen, he might have spent the night in his own bed, instead of a bunk at the county jail. Now he’s facing years behind bars. McDonald’s doesn’t pay that well, but it pays better than working in the prison laundry.

If you’re one of my regular readers, you’ve probably noticed that posting has been extra-light lately. Let’s face it, it’s been light for some time, but the last few weeks have been especially slow. Things had gotten stale here and I needed to shake things up a bit. I’m still trying to figure out what I’m going to do with this blog. One thing’s for sure, I will not be shutting it down. But I need to come up with a new plan. You can rest assured that the Friday Movie Quote posts will continue while I figure things out.

In the meantime, I have started a new blog. Nobody Move True Crime News will cover true crime stories in the news. I’m trying to post there at least five times a week. If it sounds like something you’re interested in, feel free to drop by and check it out. 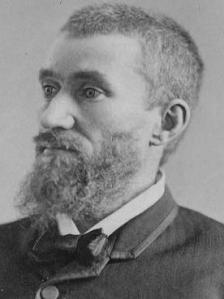 On this date in 1882, Charles J. Guiteau was hanged in the District of Columbia for the assassination of President James A. Garfield. Guiteau had shot Garfield on July 2nd of the previous year. Garfield lingered for two months, finally dying on September 19, 1881. The motive for the shooting: Guiteau was angry at the president for failing to offer him an ambassadorship as a reward for a pro-Garfield speech Guiteau wrote which almost no one heard or read. In short, the guy was a nut.

If Guiteau’s motive for the assassination isn’t proof enough of his nuttiness, his conduct at the trial was sure to seal the deal. He gave testimony in the form of epic poetry. He passed notes with spectators, often asking them for legal advice. He even publicly bad-mouthed his defense team during the trial (Hint: you should really wait until after you’ve been convicted before you start tossing brickbats at the people who are trying to save your skin). Guiteau was convicted on January 25, 1882 and sentenced to die.

The Assassination of James A. Garfield, By Robert Kingsbury

Wikipedia – Assassination of James A. Garfield 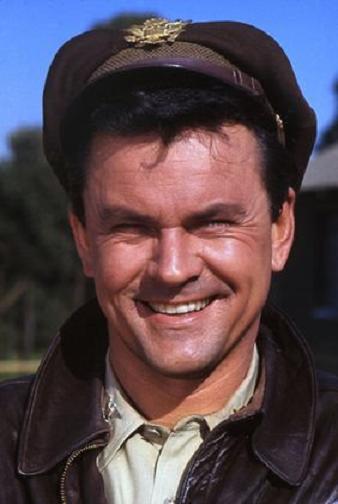 On this date in 1978, actor Bob Crane (Hogan’s Heroes) was found murdered in a hotel room in Scottsdale, AZ. His head had been bashed in and a VCR cord was tied around his neck. Cause of death was blunt force trauma to the head. Police suspected Crane’s friend John Carpenter (no relation to the film director). He was finally arrested and tried for Crane’s murder in 1992. The jury found him not guilty. He died of a heart attack in 1998, so whatever secrets Carpenter knew about the murder went to the grave with him.

On this day in 1957, Margaret Harold was out for a drive near Annapolis, MD with her boyfriend, a US Army Sergeant. The couple was run off the road by a man in a green Chrysler. When the other driver got out of the car, he confronted them and shot Harold in the face. The soldier managed to escape. He ran to a nearby house to call police.

In January 1959, Carroll and Mildred Jackson and their two daughters disappeared in Virginia. Their abandoned car was found on the side of a road, but there was no indication of what may have happened to the family. In early March, the body of Carroll Jackson was found in a ditch near Fredericksburg, VA. He had been shot in the back of the head. The body of one of his daughters was found underneath his.

On March 21, 1959, The bodies of Mildred Jackson and one of her daughters were found near Annapolis, MD. Both bodies showed signs of torture and sexual assault. A search of the area found the abandoned building thought to the the hideout of Margaret Harold’s killer. Inside the building, they found a button from Mildred Jackson’s dress. At that point, police were convinced the two crimes were related.

Police in Fredericksburg received an anonymous letter naming Melvin Rees, a local a salesman, as the killer. But Rees vanished before they could question him. In 1960, police received another anonymous letter, apparently from the author of the first letter, informing them that Rees had surfaced in Arkansas. The letter writer, later identified as Glenn Moser, had previously worked with Rees. Moser had been creeped out by a conversation he had had with Rees the day before the Jackson family disappeared. He also could place Rees near Annapolis on the date of the Harold murder.

Melvin Rees was suspected in four other murders near the University of Maryland, but police were never able to link him to the crimes. He died in prison in 1995.