On this date in 1947, Bugsy Siegel got whacked. Iced. Taken out. Benjamin “Bugsy” Siegel — who hated that nickname, by the way — was shot while sitting next to a window in the Beverly Hills house he shared with girlfriend Virginia Hill. According to his death certificate, the cause of death was “cerebral hemmorage” (apparently spelling was not a high priority at the L.A. County Registrar’s Office) due to “gunshots of the head” (neither was grammar, I guess). One shot hit Siegel right near his eye. If he saw it coming, he didn’t see it for long.

The murder was never solved, but theories abound. Who was behind it? Was it Meyer Lansky? Lucky Luciano? Some investors who were less than happy about the profitability of the Flamingo Hotel and Casino? Author Warren Hull has a theory about the identity of the trigger man. Check out this interview with Hull.

On this date in 1999, middle class St. Paul, MN mom Sara Jane Olson was arrested after being profiled on America’s Most Wanted. As it turns out, the socially active mother of three had a secret identity. In a prior life, she was Kathleen Ann Soliah, a member of the Symbionese Liberation Army terrorist group.

Soliah had been in hiding since 1976, when she was indicted for her role in planting pipe bombs that were targeted at police officers in Los Angeles.

Olson eventually pleaded guilty to the explosives charges and to her role in a robbery that resulted in the death of a woman. She was sentenced to 14 years in prison, but her sentence was eventually reduced by a judge.

In 2008, Olson was erroneously released from prison due to a miscalculation by prison officials. She was rearrested and returned to prison. She was paroled in March of 2009 and was allowed to return to Minnesota to serve out her sentence.

On this date in 1968, Senator Robert F. Kennedy, a candidate for the Democratic presidential nomination, was shot in Los Angeles, CA.

It was just after midnight when Kennedy finished addressing supporters at the Ambassador Hotel’s Embassy Room ballroom. His advisers decided it would be best to leave the hotel through the kitchen, so as to avoid reporters who were pushing for an impromptu press conference.

As the entourage moved through the kitchen, they were confronted by 24 year old Sirhan Sirhan, an immigrant with Jordanian citizenship. A Christian of Palestinian descent, Sirhan was angered by Kennedy’s support of Israel. He  produced a .22 caliber pistol and shot Kennedy repeatedly. Kennedy fell to the floor as his security detail, consisting of former FBI agent William Barry, decathlete Rafer Johnson, and pro-footballer Roosevelt Greer, wrestled Sirhan to the ground and subdued him. The gun discharged several times during the struggle and five people were injured. After being subdued, Sirhan managed to break loose and grab the gun again. He attempted to shoot it, but he had already used up all his ammo.

Senator Kennedy was taken to the Hospital of the Good Samaritan for emergency surgery, but the prognosis was not good. At 2 AM the following morning, a spokesman announced that Kennedy had died.

Sirhan Sirhan was tried by the State of California for murder. He was convicted of murder and sentenced to death in the gas chamber. His sentence was commuted to life by a California court in accordance with the People v. Anderson decision. He is currently incarcerated at California’s Richard J. Donovan Correctional Facility in San Diego and has been denied parole over a dozen times.

On this date in 1974, six members of the Symbionese Liberation Army were cornered by police in a house in Los Angeles. The police announced their presence via bullhorn. An older man and a small child walked out of the house. The man told police that no one else was inside. After several attempts to communicate with the remaining occupants, police fired tear gas into the building. SLA members responded with automatic weapons fire. In the ensuing battle, the building caught fire. All six SLA members, the group’s leader, Donald “Cinque” Defreeze, Nancy Ling Perry, Angela Atwood, Willie Wolfe, Patricia Soltysik and Camilla Hall, were killed in the shootout.

On this date in 1997, LAPD officers patrolling North Hollywood saw two heavily armed masked men enter the Bank of America Branch on Laurel Canyon Blvd. Several minutes later the men left the bank with over $300,000 in cash. By that time, several other police units had arrived on the scene to provide backup. The robbers, Larry Phillips (above left) and Emil Matasareanu (above right) were ready for a confrontation with police; they were each carrying multiple weapons, had thousands of rounds of ammunition, and had taken phenobarbital prior to the robbery to calm their nerves. To make matters worse, they were both wearing body armor.

The robbers opened fire on the officers. In the ensuing gun battle, which lasted over 40 minutes, officers fired over 600 rounds, the robbers over 1000. Over-matched by the robbers’ superior firepower, officers went to a local gun store to procure better weapons.

The shootout ended with the death of both suspects. Ten officers and seven civilians were injured.

You can see pictures from my 2008 trip to the scene here.

Here’s a video about the robbery: 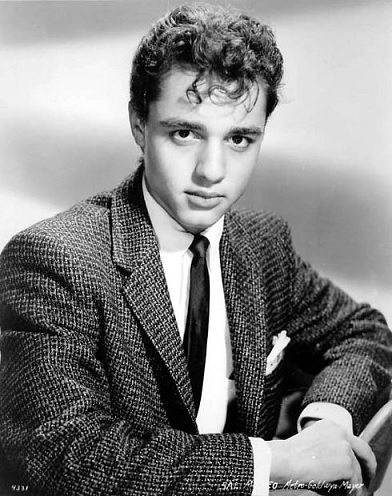 On this date in 1976, actor Sal Mineo was stabbed to death after parking his car in Los Angeles. Mineo, 37, had been nominated for two Academy Awards for Best Supporting Actor. He had just returned home from rehearsing a play when he was attacked.

Police had little to go on, other than a vague description of the attacker given by witnesses who saw the man fleeing the seen. After two years of dead ends, detectives received a call from Michigan police about a man named Lionel Williams. Williams, who had been arrested on bad check charges, was heard bragging that he was the one who killed Mineo. An interview with Williams’s wife revealed that he came home covered in blood on the night of the murder. She also provided police with a description of a knife that belonged to Williams. Her description matched the cast of Mineo’s knife wound that was made by the coroner.

Lionel Williams was tried and convicted of murder in 1979. He received a prison sentence and was paroled in 1990.

On this date in 1947, the mutilated remains of a young woman were found in Los Angeles. The woman would soon be identified as Elizabeth Short, an unemployed 22 year old, originally from Massachusetts. The news media would soon dub her the Black Dahlia. The LAPD conducted an exhaustive investigation, but the case remains unsolved.

On this date in 1910, a bomb was detonated in an alley next to the Los Angeles Times building in Los Angeles, CA.  The bomb, which was planted by labor union activists who were angry at the paper’s anti-union editorial policies, was set to go off when the building was empty.  A faulty timer resulted in an early detonation.  A faulty placement of the device–right over a gas line–resulted in a fire that ultimately destroyed the entire building, and the building next door.  In all, 21 people were killed.

The police investigation of the bombing quickly hit a dead, leading city officials to hire private investigator William J. Burns to track down the guilty parties.  Burns, who was already investigating other bombings believed to be union-related, incorporated the case into his ongoing investigation.  Based on information from spies that Burns had planted in the unions, as well as eyewitness testimony, Burns identified the guilty parties as brothers J.B. and J.J. McNamara, and Ortie McManigal, who were all labor union officials.  In April 1911, McManigal and J.B. McNamara were arrested in a hotel in Detroit.  They were found in possession of suitcases that contained blasting caps, dynamite, and alarm clocks.  After a grueling (and probably unconstitutional) interrogation, Burns got McManigal to agree to turn state’s evidence.  A warrant was obtained for the arrest of J.J. McNamara.  He was arrested several days later at an executive board meeting of the Iron Workers Union.

National labor leaders condemned the arrests as a frame job.  The union tried to hire famed defense attorney Clarence Darrow to defend the men.  Darrow initially declined due to his failing health, but was eventually convinced to take the case by labor organizer Samuel Gompers.

Darrow quickly realized that the police had a fair amount of evidence against the McNamaras, including the testimony of McManigal, who was not being charged in the case.  He eventually convinced the brothers to plead guilty in order to avoid death sentences.  J.B. McNamara was sentenced to life in prison.  J.J. McNamara got 15 years.  J.B. died in prison in March 1941.  Upon his release, J.J. went back to work for the Iron Workers Union as an organizer.  He died in Butte, MT, two months after his brother’s death. 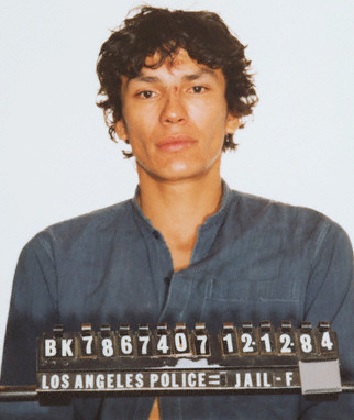 On this date in 1985, police in Los Angeles, CA broke up a mob that was beating a man they had detained. The man was Richard Ramirez, better known as the Night Stalker. The crowd had recognized him from a mugshot that had recently been shown on TV. The LAPD had identified Ramirez as the prime suspect in over a dozen murders, as well as attempted murders, sexual assaults, and burglaries.

Ramirez was tried and convicted of 13 murders, 5 attempted murders, 11 sexual assaults, and 14 burglaries. He was sentenced to death. Richard Ramirez died of cancer while awaiting execution. He was 53 years old and had been on death row for 23 years.

In a strange twist, Ramirez was captured on the 97th anniversary of the murder of Mary Ann Nichols, the first of the canonical five victim’s of  Jack the Ripper’s.

On this date in 1965, a minor scuffle following a traffic stop in Los Angeles would escalate into what would become known as the Watts riots. The unrest would continue until August 17th. When it was all over, 34 people were killed, over 1000 injured, and 3400 arrested. Almost a thousand buildings, mostly businesses, were damaged or destroyed. Damage was estimated to be about $40 million.