On this date in 1933, would be presidential assassin Giuseppe Zangara was executed in the Florida electric chair. Forty-five days prior to his execution, Zangara had tried to assassinate President-elect Franklin D. Roosevelt. He missed Roosevelt, but managed to shoot several other people, including Chicago Mayor Anton Cermak. Cermak later died of his wounds.

The general consensus among historians is that Roosevelt was the intended target, and that Cermak was just in the wrong place at the wrong time. But there is another school of thought: Cermak was the real target. As the story goes, Cermak was behind the attempted assassination of Chicago Outfit boss Frank Nitti. The designated hitters for that job were officers of the Chicago PD, who claimed that they shot Nitti in self defense. Nitti survived the shooting and stood trial for his supposed assault on the officers. The jury didn’t buy it, and Nitti was acquitted. The officers, on the other hand, were eventually charged with assault. One flipped on the other, and they were both convicted and fined $100 each.

As payback for the attempt on Nitti’s life, the Outfit supposedly contracted Sicilian immigrant Giuseppe Zangara to kill Cermak. The hit went down as planned, and Zanagara took the fall as a “crazed gunman.” Of course, there’s not much proof to support this theory, which is fairly standard for conspiracy theories. But it makes for an interesting story. Maybe Oliver Stone will make a movie about it someday.

Executed Today – 1933: Giuseppe Zangara, who is not on Sons of Italy posters 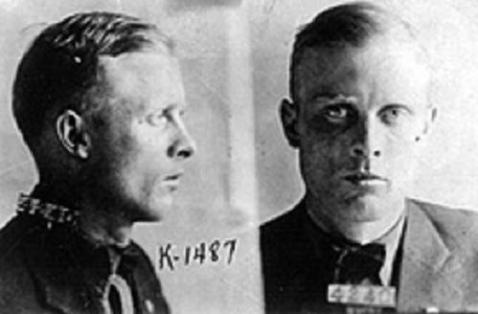 On this date in 1933, the bound and mutilated body of outlaw Verne Miller was found just outside Detroit, MI. Miller, the chief suspect in the Kansas City Massacre, was a decorated World War I veteran and former lawman. After a short stint as sheriff of Beadle County, SD, Miller turned to a life of crime. He started out in bootlegging, then moved on to robbery. Eventually he wound up as a trigger man for organized crime. The list of people with motives to kill him was long, but Miller’s murder was never solved.

Lawman to Outlaw: Verne Miller and the Kansas City Massacre, by Brad Smith

Public Enemies: America’s Greatest Crime Wave and the Birth of the FBI, 1933-34, by Bryan Burrough 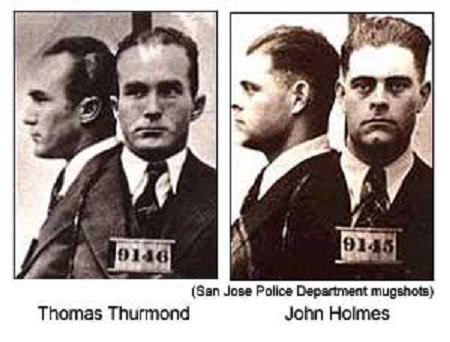 On this date in 1933, the people of San Jose, CA decided to take the law into their own hands. Thomas Thurmond and John Holmes were being held in connection with the kidnapping and murder of 22 year old department store heir Brooke Hart. The townsfolk, already enraged by the nature of the crime, whipped themselves into a frenzy when rumor spread that the two men were going to try an insanity defense. On the night of November 26th, they stormed the jail, broke down the door, and took the two men. The crowd brought them to a nearby park, where they hung each man from a tree. No one was ever prosecuted for the lynching. In fact, California Governor James Rolph, who had refused the Sheriff’s request for National Guard troops to hold off the mob, praised the action and promised to pardon anyone charged with the lynching.

On this date in 1933, George “Machine Gun Kelly” Barnes was arrested by FBI agents in Memphis, TN. Kelly, who was asleep when agents burst in on him, surrendered without incident. 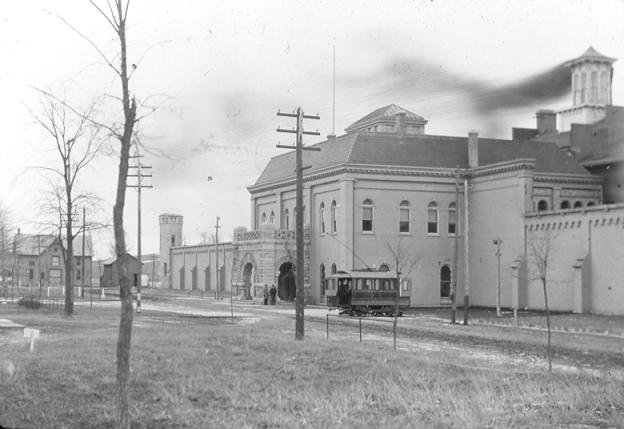 Also on this date in 1933, ten inmates escaped from the Indiana State Prison in Michigan City. The inmates took hostages using three pistols that had been smuggled into the prison. The escapees included Dillinger associates Harry Pierpont, Charles Makley, Russell Clark, and John Hamilton.

On this date in 1933, William Hamm Jr., heir to the Hamm’s Brewery, was kidnapped by the Barker-Karpis gang in St. Paul, MN. The kidnappers demanded a ransom of $100,000, which they received. After the ransom was paid, Hamm was released near Wyoming, MN.

The Barker-Karpis gang’s crime spree would continue as the government arrested and unsuccessfully prosecuted Chicago bootlegger Roger Touhy and members of his gang (thanks to informants working for Touhy’s rival, Al Capone). The true culprits were eventually located and prosecuted, thanks in large part to the emerging forensic science of latent fingerprint examination.

“Oh no, it wasn’t the airplanes. It was beauty killed the beast.”

Nobody Move!
Blog at WordPress.com.