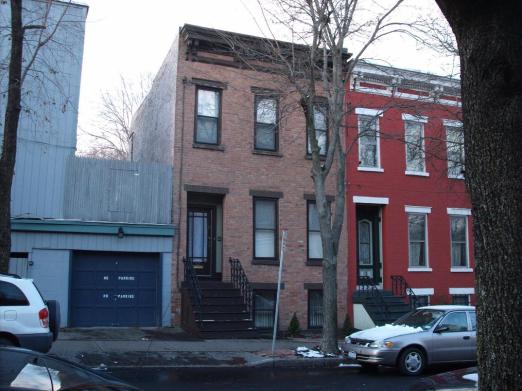 On this date in 1931, gangster Dutch Schultz finally got his wish. “Ain’t there nobody that can shoot this guy so he don’t bounce back?” Dutch once asked about his rival, Jack “Legs” Diamond. Old Legs, whose other nickname was “Clay Pigeon,” had this annoying habit of surviving assassination attempts.

By 1931, Legs had moved upstate to start bootlegging and narcotics operations. He spent the night of December 17th partying in Albany, after having just beaten the rap in a kidnapping trial. He left his girlfriend, showgirl Marion “Kiki” Roberts, around 11 PM, and went back to the boarding house on Dove Street, where he had been staying. Around 5:30 AM, two men entered the boarding house, went to the second floor room where Diamond was sleeping it off, shot him in the head multiple times and fled the house.

The murder of Legs Diamond remains unsolved, but there were multiple theories about who was responsible. Dutch Schulz was an obvious choice. Lucky Luciano was another likely candidate. Some think it was local Albany thugs, or that the hit on Legs was ordered by Dan O’Connell, the head of the notorious Albany Democratic Machine. The Machine not only controlled politics in Albany, they also ran the local rackets. And they weren’t open to the idea of competition. This being the case, the hit may have been carried out by members of the Albany Police Department. Double-crossed ex-partners are always a good bet too, and Legs had some of those out there gunning for him. The best theory I’ve seen so far can be found in Pat Downey’s book, Legs Diamond: Gangster, available from Amazon in paperback and ebook editions.

The picture above, which I took nine years ago today, is of the house at 67 Dove Street in Albany, where Legs Diamond was killed. It now belongs to author William Kennedy.

My 2012 interview with author Pat Downey