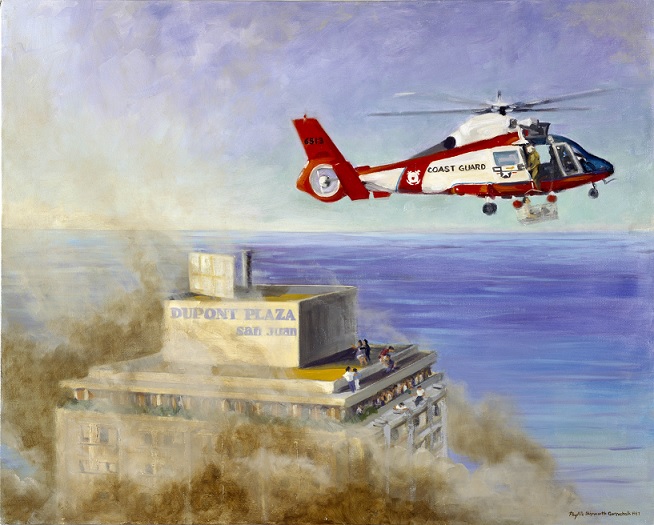 On this date in 1986, 97 people were killed when a fire was set at the Dupont Plaza Hotel in San Juan, Puerto Rico. The fire was started around 3:30 PM in a ballroom beneath the hotel’s casino. The fire spread quickly and the hotel’s lack of a sprinkler system and locked fire exits (to prevent theft) aggravated the situation. Many of the hotel guests fled to the roof, where they were evacuated by police, National Guard, Navy, and Coast Guard helicopters.

The fire was started by three hotel employees, Héctor Escudero Aponte, José Rivera López, and Arnaldo Jiménez Rivera. The men were angry with hotel management for rejecting a proposal by their labor union, Teamsters Local 901. All three were convicted of murder and given prison sentences. Jimenez was released in 2001, Lopez in 2002. Aponte remains in prison.