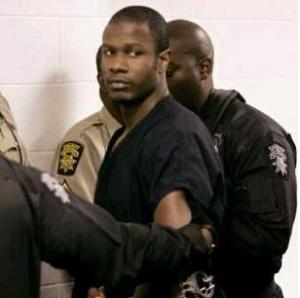 On this date in 2005, Brian Nichols, the defendant in a rape case in Atlanta, overpowered the deputy assigned to guard him and took her gun. Nichols then went on a shooting spree that left four people dead. He was arrested after police received a tip from Ashley Smith, a woman Nichols had held hostage for seven hours after escaping from the court house.

After multiple delays, Nichols was tried on 54 criminal counts in October 2008. The jury found him guilty on all counts. He received multiple life sentences, with no possibility for parole.