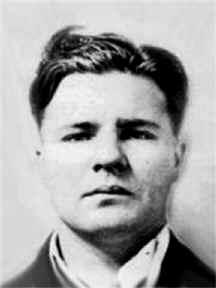 On this date in 1934, notorious outlaw Charles Arthur “Pretty Boy” Floyd was shot and killed in eastern Ohio.  According to the FBI version of the incident, Floyd was shot by agents as he jumped from a car and drew a .45 pistol.  Another version has it that he was shot and wounded by East Liverpool, OH police sharpshooter Chester Smith, and that FBI agents executed Floyd after briefly questioning him.  At the risk of appearing to be a victim of J. Edgar Hoover’s propaganda machine, I’m inclined to believe the FBI’s account.  But I guess we’ll never know for sure.